The Dungeons are part of the Lore and more on telling the story of Dragon Blaze as well as enhancing the player's level through various battles. Progressing through the Dungeon unlocks further stages as well as certain raids necessary to continuing the quests (through leveling and acquiring better items) and finishing the story.

In Dungeons, you will gain the most Experience Points in the game to level up your Character and Allies. The stages are also where you can follow the basic storyline and uncover the mysteries of Dragon Blaze.

Read about the Lore and Story of Dragon Blaze on the Quinique Dracos and Septem Archangeli pages.

Those Maps can include all sort of information. Leave suggestions of what it should contain in the comments. 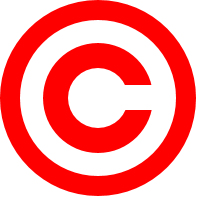 This image or file is a

from or for the mobile game Dragon Blaze.
The copyright for raw files is owned by the GAMEVIL Inc. or FLINT Inc. and former has permitted the use of these raw files for this Wikia only.
The use of this file

qualifies as fair use or was permitted by the copyright holder under United States copyright law.
→Any other uses of this image or file, elsewhere, may be copyright infringement.
The Wikia highly advises to refrain from everything but personal usage. 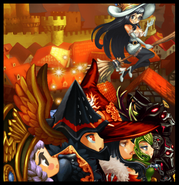 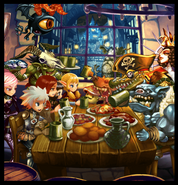 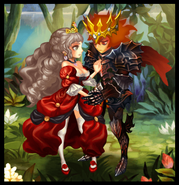 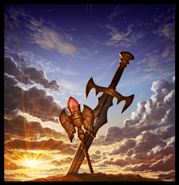 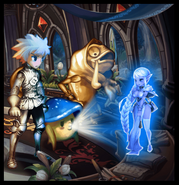 Reference to the Star Wars universe. 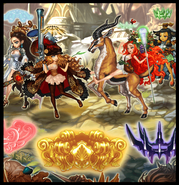 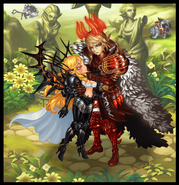 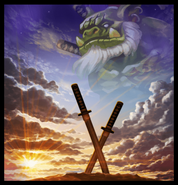 Ackard's memorial.
Add a photo to this gallery 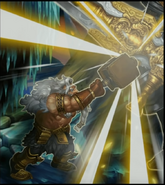 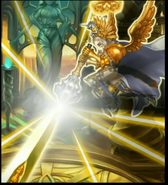 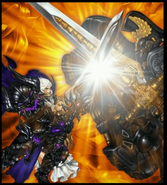 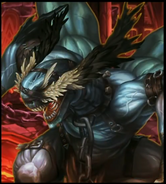 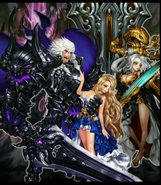 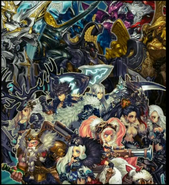 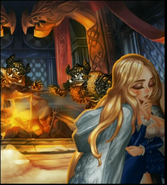 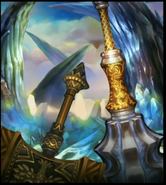 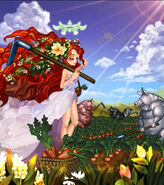 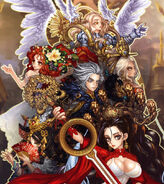 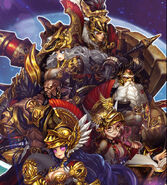 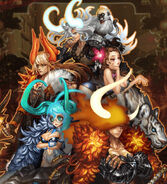 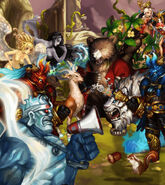 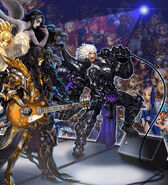 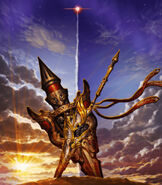 Currently, only Chapters 1,2 and 3 have been released and are separated by 3 maps in game.
Chapter 1 plays on Dragon's Landing , Chapter 2 will follow the story line of the Forgotten Core and Icy Land will reveal the history of Dragon Busters and Dark Souls.

In order to access the second chapter, you must reach level 55 and have the 3rd area of chapter 1 unlocked. The player may switch back and forth between the chapters by clicking the arrows at the very top of the screen. No progress will be lost upon doing so.

Every Chapter except Chapter 1 will drop Jewels, Deity Essences and Equipment with Jewelry Socket slots.

Both Chapters 1 and 2 used to feature 4 difficulty modes which the player could choose to play through. The first one that is unlocked immediately was Normal mode, followed by Hero, Legendary and Myth mode at last, each unlocked by completing the previous.
This is no longer the case since the Chapter 3 Preview update where all modes for Chapters 1 and 2 were combined.

Each Map is divided into Areas, further broken down to different locations zone, within each zone, there are stages varying from 5 to 9 stages. Each Location has at least one Boss stage usually at the end, marked in Red. These have a chance to drop SS and SSS gears, which cannot be dropped in regular green stages. Completing all the locations in an area also unlocks that area's specific Raid.

Dungeon Difficulties were once available options for players to choose the level difficulty, once Normal mode was completed. There were four difficulties for each Chapter in the global game version, however since the Chapter 3 Preview patch all four difficulties have been combined.
Dungeon Difficulty will not return to Chapter 1 or 2, and will only be implemented to Chapter 3 when all Areas have been unlocked.
Afterwards all areas for the next difficulty will be unlocked, until the game reaches the point of "Myth Mode" again. Difficulty will then be removed in the following patches once again.

Bosses are found at every last stage of each location. Those with the orange mark are considered mini bosses or sub bosses, while those marked in red are the Main Bosses of that stage.

Main Bosses are usually SSS ranked and are supported by leagues of SS or S ranked subordinates. Most supporters, once defeated, return to fight again after a certain amount of time if the boss is still not defeated. They usually come in waves of 3 leaving the boss to fight solo after the third wave.

These bosses are either directly connected to the story line or contribute greatly to it. They also have a chance of dropping premium items in the game.

Crystal Palace is the only location in the game wherein you have to fight 2 Main bosses at different stages but on the same location. You will have to fight The Guardian of Light, Knight Tiel followed by the Flame Wizard Whay in the aforementioned stage. Other stages have only one boss stage with multiple bosses grouped together.

Most bosses will be at the same or a few levels higher than your hero, so expect it to be a tough fight. Certain strategies are required by the game in order to pass them. They need to be defeated in order to proceed to the next stages. Once they are defeated, a "Clear" Banner will be applied to the stage indicating that you were successful.  There are some instances that bosses change once you have cleared the story line and instead are replaced by lower tier bosses. Example for this is Cave of Demons' first stages which will surprise the player with an early boss battle against three Succubi bosses.

Retrieved from "https://dbaddiction.fandom.com/wiki/Adventure?oldid=27041"
Community content is available under CC-BY-SA unless otherwise noted.