This patch brings us (Reveal TOC)

The original patch notes can be found here.

Notes: The enemies which are blown out of the battlefield could be compared to Atlas' Nuclear Punch. However, the interesting part is that Chaser Tracy will still attack them, due to her 3rd Active.
Ursa's Nuclear Punch is a reference to Atlas, who they share a skill type with.

Notes: The fox does not interact with the battle at all, as he is unable to be attacked and does not attack himself.
The 1st active skill really does not mention a receiver for the reduces physical damage debuff.

Due to the increased amount of new game modes, Flint feared that the Honor Gorge would get increasingly confusing, especially with the amount of reset dates the player has to cope with.[citation needed]

Thus, all game mode icons were reskinned and the Honor Gorge will be separated into two areas, the "Honor Gorge" and the "Guild Gorge" (길드의 협곡, gildeuui hyeobgog), which can be switched back and forth through a tabber near the Calydon Dungeon button at the top of the screen.

Additionally, modes in which the player participated will now show which rank (both % and decimal, if available) he currently is.

Flint notes that those live-rankings can take up to 1 hour to update properly.[citation needed]

translating after rechecking the Transcended skills, sorry for the inconvience

(Basically revamped UI and now showing the total amount of rubies from the week, and some more minor things)

The Daily Quests/Weekly To Do etc interface has been visually upgraded. 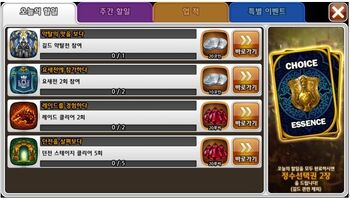 Weekly Quests has been upgraded with contents displayed on each day of the week. Under the highlighted days, there are quick buttons that redirect the player to the current available activities to be done and are marked with arrows. Under each arrow, the player's current rankings are displayed. 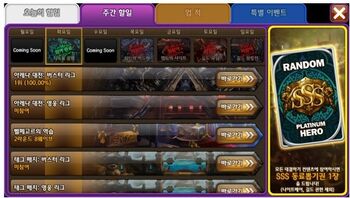 On each Sunday, there will be a weekly report to show how many rubies/coins/etc have been earned in one week (first tab) and the breakdown of each content (second tab). 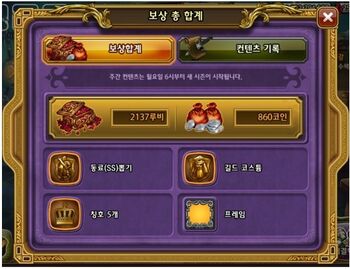 Flint also mentioned a brief mode schedule for the most complicated events:

Furthermore, the following modes will now reset on Monday 12.00 am (KST)

World Bosses have been buffed accross the board. Lava Golem received the most noteworthy buff:

(Note: Reporting in - A week passed and the KR players were able to share their thoughts about the buff; turns out the buffs are extremely noticeable. Scores diminished by nine tenth and surviving 10 minutes is not a possibility for even the best players anymore.)

New rewards as seen below

The earlier introduced recordings for world boss tries have been improved. 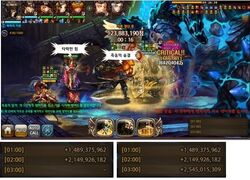 The bottom of the screen (see image right) now shows time-stamps (1 min into the battle; 2 mins into the battle etc) and how much the player's score has improved compared to how many score points one had during the same time, the best run, so far. This feature can be compared to round tracks in sports, such as Formula One.

The next improvement is a more detailed [Challange History] (도전 기록, dojeon gilog) (we covered that in a past blog post).
A new button called [Comparative View] (비교보기, bigyobogi)

The feature compares the best run of the day with the current run (other runs can also be selected by using the [1-10] buttons), breaking down the damage difference. The x-axis features the time from 1-10mins and the y-axis the score points/damage inflicted during that time.
Upon selecting a minute mark, the graph will show the decimal difference.

(Personally the most interesting new feature)

Ally Reviews (동료 리뷰, donglyo libyu) is a new feature that has been added to the in-game folios, which shows player ratings and reviews for the unit's skills.

The new button [Review] (리뷰, libyu) has been added to all unit folios (violet button; img1) and grants access to the Review interface.
In the review interface, every player is able to write his comment/review to the unit (seems to be limited to one, to prevent spam), rate the unit with stars from 1 to 5 and each player is able to view other player's reviews from his server (img 2 and 3). The comment will show the time of its creation and the player's level (highest leveled character on the account). Ones own comment can be edited, but other player's reviews cannot be replied to.
In order to leave one's feedback on the review, all players can Like or Dislike the review. The best-rated reviews will show up on other player's interfaces first.

All ratings will be collected and make up for the unit's unique overall rating, which can be then seen in form of a badge in the unit's folio (img 4).

The review is limited to 80 characters (may change for GL, since Hangul and Latin characters are counted in the same way, but Hangul can contain a lot more information with less characters)

The Popularity rankings (or Ally Recommendation) charts and the interface have been improved to feature a whole chart which can be broken down into the different types of Game Modes, and further into the game modes that fall under those categories. 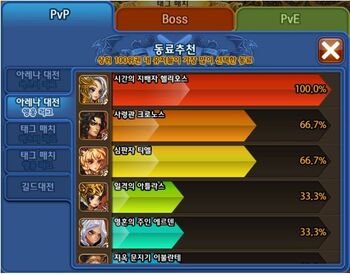 Post-patch you can find a list of the game modes and their Hanguls right here so that the tabs are relatable. Please give me time, though.
Update: Here is the list. Use the tabs. Can be soon found in our Korean Hub. 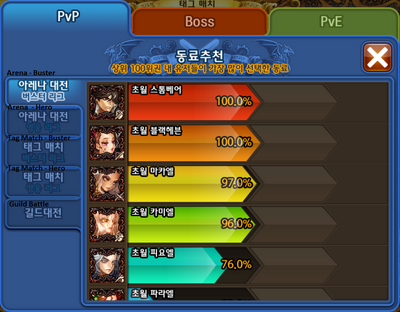 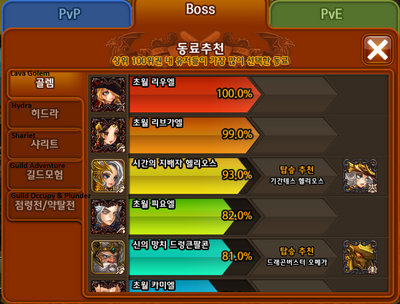 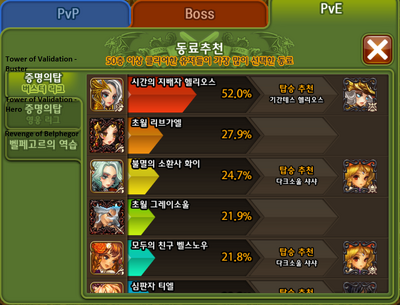 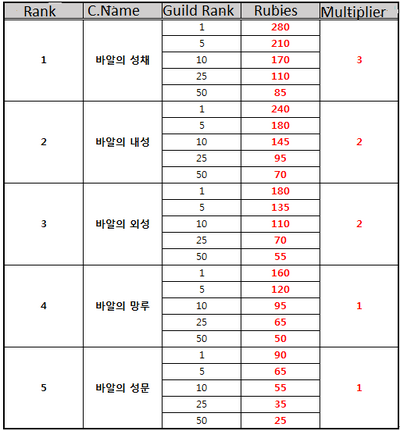 C.Name = Castle Name, not from importance

A little problem. This part indeed talks about a change in the attendance time, but it shows pictures of Guild Plunder, while talking about Guild Battle. We need to discuss this. Until then, sorry for the inconvenience

low priorty (basically, the costume UI now features two times its 3 slots;left side will determine the appearance, the other the stats)

Retrieved from "https://dbaddiction.fandom.com/wiki/User_blog:Browseitall/24/Nov/16_-_2nd_Transcended_Boden_Wave_and_Visual_Upgrades?oldid=21166"
Community content is available under CC-BY-SA unless otherwise noted.